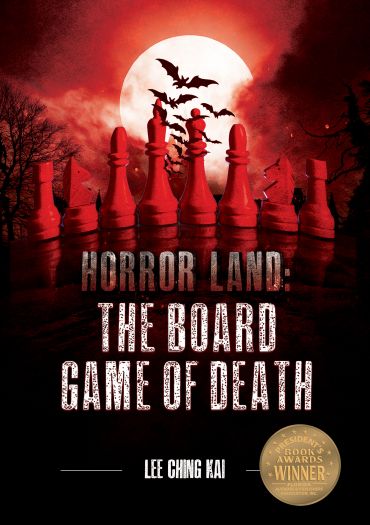 Horror Land: The Board Game of Death

Buy Horror Land: The Board Game of Death [PDF]

Alex and his brothers find a coffin inside their house basement, and a creepy Board Game of Death lies in it. Things start getting weird, and strange things that occur to them seem so blood-curdling, so spine-tingling.. it's not until they notice that those peculiar happenings might come from the board game, that a sense of trepidation bears down on them. Death beckons, and everything is just a little too weird, a little too creepy.

Lee Ching Kai is a graduate of Universiti Tunku Abdul Rahman (UTAR). He has published seven books. As a world award-winning, news-featured author, he has great passion in photography, videography, and other creative productions. He has also won some awards including the WOW Kampar's MENTION 2019 Best Feature Writing Award and the Eyelands International Award's Three Rock Residency Program 2020. Too, he has won the Bronze Medal in Florida Authors & Publishers Association (FAPA) President's Book Awards 2020, one of the largest and most prestigious annual, international book awards contests based in the United States. He has also been longlisted in the 2019 Bumblebee Flash Fiction Prize (based in Canada), and shortlisted in the Strands International Flash Fiction Competition 2020 (based in India). He was selected as the finalist in the Eyelands Book Awards (EBA) 2020 based in Greece. While he has been featured in The Star newspaper, he was also featured in Guang Ming Daily newspaper due to his accomplishments in the global awards contests in 2020.